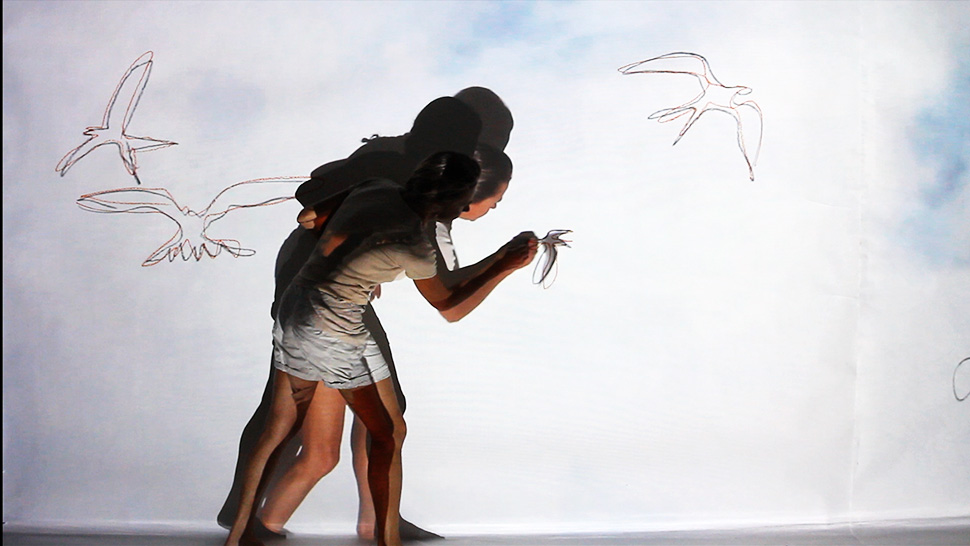 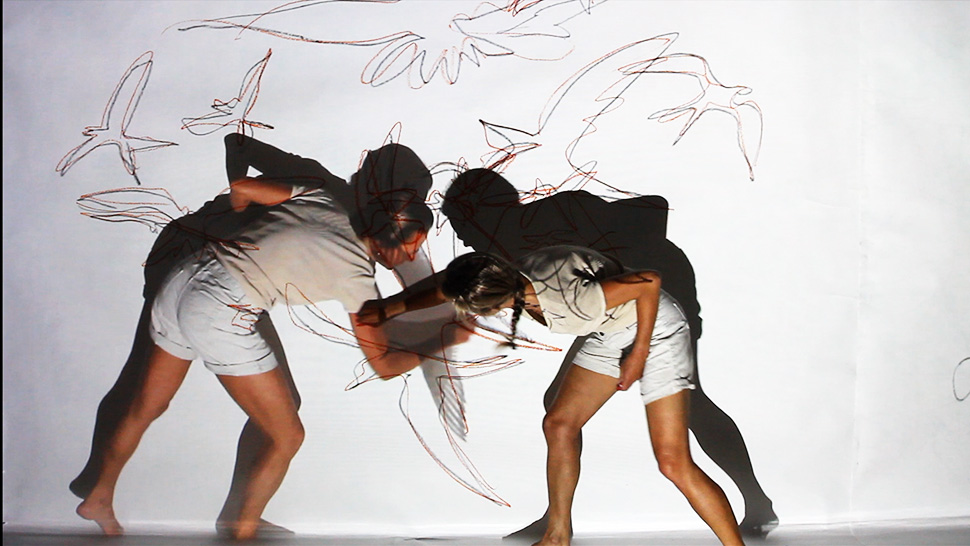 During an artist residency at the north Atlantic Sea in Iceland I was roaming through the dunes and was attacked by terns. I tried to “shoot” as many of them as I could – with my camera. I projected a slide show of the images and chased the birds on the projection – trying to trace as many of them as I could – which resulted in an abstract drawing. I projected this video yet again, to perform on top of it – doubling my own self – getting into the way of myself at times, as I was running after the birds. I see this piece as a metaphor for “trophy hunting”, a relevant aspect in most people’s lives, as we constantly aim for success and recognition in an ever-demanding world that is governed by competition and mounting expectations – toward us a people, as employees, as parents and as children. We are always on the lookout for new challenges, often literally chasing after them, trumping others and ourselves.