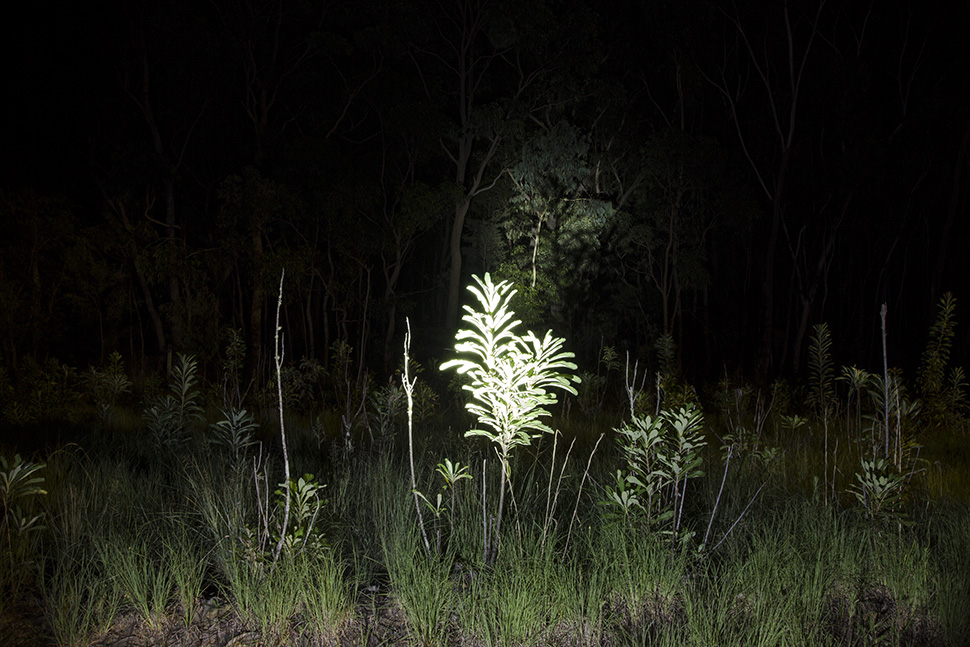 This series of photographs examines rural living in the Blue Mountains of Australia, north of Sydney. The photos were shot in an area where private land borders National Park lands – to create an eerie discrepancy between cultivated homesteads and untended wilderness. The series examines various degrees of subordinating land, both in present-day homesteads and past settlements – now abandoned.

I focused especially on an old loggers’ camp and modern-time landscaping. Since the area is not on the water grid, homeowners typically collect their own water in waterholes protected by dams. The waterholes double as recreational ponds and are manicured to various degrees, some of them representing an entirely artificial vacation environment – suggesting miniature resorts.

I was intrigued by man’s ability and drive to tame nature. This became particularly apparent in this in this neighborhood, since only a fence separated it from an untamed National Park, where nature dominates over everything else.

I photographed these environments at night with a flashlight, as this allowed me to illuminate and emphasize the essence of this idyllic man-made miniature world, and the remnants of the camp – which is in the process of being erased by nature.