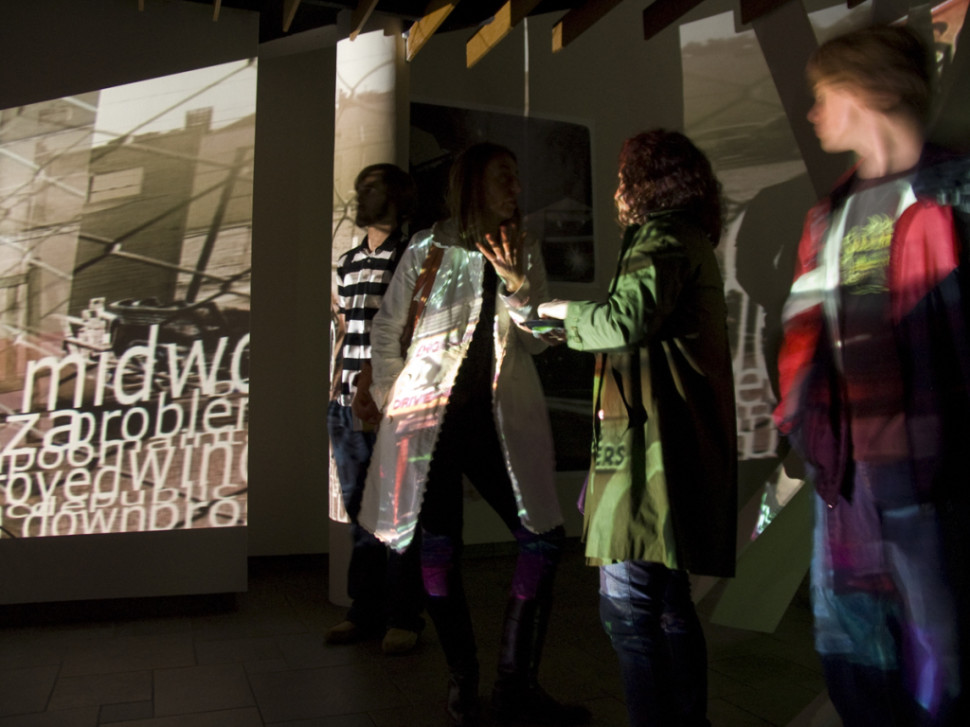 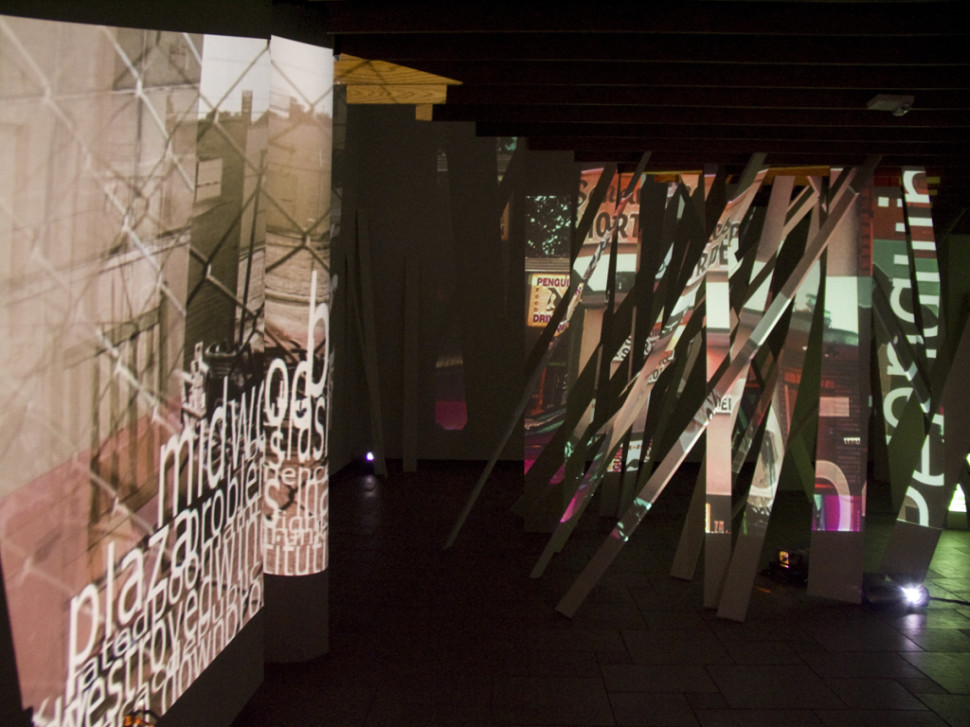 The installation Layered Perspectives is the result of a collaboration between 11 art students during a Special Topics class titled “Mapping Charlotte” (University of North Carolina, Charlotte) and myself. Each student chose their own fields of inquiry according to their personal interests. These could include city neighborhoods, time periods in history or specific community groups. Our work consisted of photo and video-mapping, interviewing and historical research. The 6 video projections run through the different topics simultaneously, gradually dissolving from one to the next. Charlotte – a pristine banking town – lacks character and has preserved little of its 2 ½-century-old history. In response to the wish for a more creative city the students installed sculptural objects, which create odd angles and disrupt the image. The visitor becomes part of the piece as s/he wanders through the installation, picks up projected images and casts shadows.

During the 7-week course we explored, mapped, documented and researched various aspects of Charlotte, hometown to most of the students. We mapped and examined the city and researched its past to understand how it became what it is today: a white-collar banking town with a pristine, but sterile and cold downtown. The students selected their own fields of inquiry according to their personal interests as Charlotte residents, while my impressions were based on a newcomer’s viewpoint, since I had never been to Charlotte before. Our mapping and research addressed several different city neighborhoods, the city’s early Gold Rush era, cotton milling and textile industry, subcultures and minority communities and historic figures pertinent to the making of the city.

With the summary of these materials we created an all-immersive installation with six simultaneous video projections., which run through the various fields of our inquiry. A sculptural installation in the gallery, as a response to our longing for a more dynamic city environment, serves as a backdrop for the projections. Its structures distort and fragment the image content, just like the city’s modern architecture disrupts evidence of the past.

Although the sequences do not hide our critical views of the city, they also give a delightful insight into the diversity of Charlotte and reveal unexpected niches and places only insiders and long-term residents would know of.