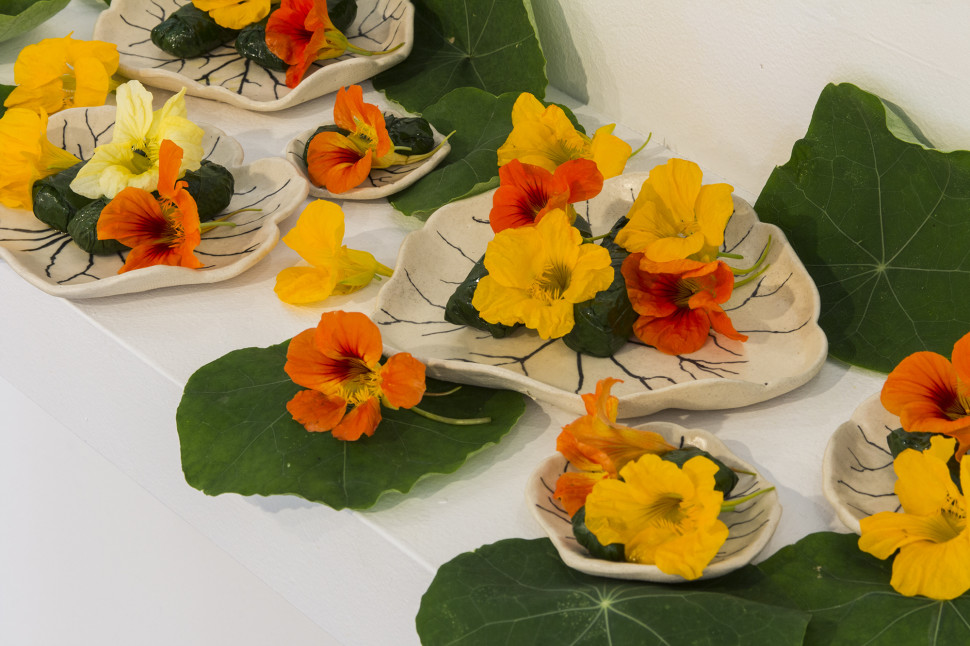 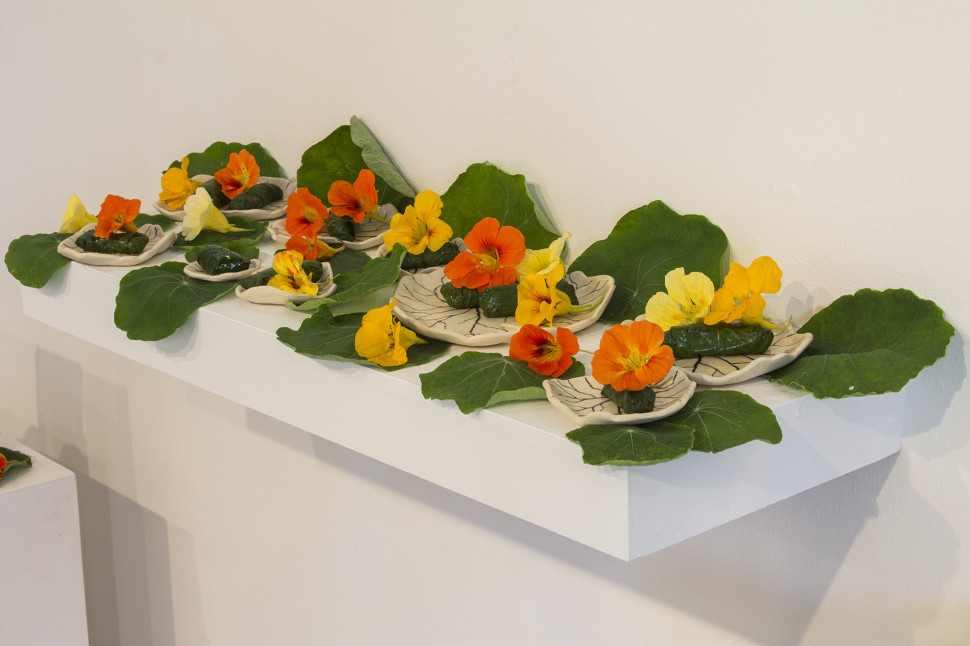 Within the Living off the Land project I examined Nasturtium during an artist residency at The Compound Gallery and Studios in Oakland, CA. Nasturtium is a semi-wild plant that grows in great abundance within the San Francisco Bay Area’s metropolitan environments, not only in gardens and yards, but also in public parks, on empty lots and even in little green areas along domestic neighborhood streets. I created Nasturtium plates from ceramic clay, fashioned after actual real Nasturtium leaves harvested in The Compound’s backyard. I invented my own recipe for Stuffed Nasturtium Leaves, a dish that can serve as an appetizer, and resembles Creek Stuffed Grape Leaves (Dolmades). The stuffed leaves were served on the Nasturtium plates, which were laid out on an arrangement of shelves during the show’s opening reception, garnished with Nasturtium flowers and leaves. The video shows my hands preparing the stuffed leaves. The only sound in the video is the sound relating to the food preparation process, such as cutting and mixing.

The photo documentation shows the arrangement at the beginning of the opening and at the end, when all stuffed leaves were eaten – as well as some detailed images of individual plates.

-        a colander filled with Nasturtium flowers and young leaves