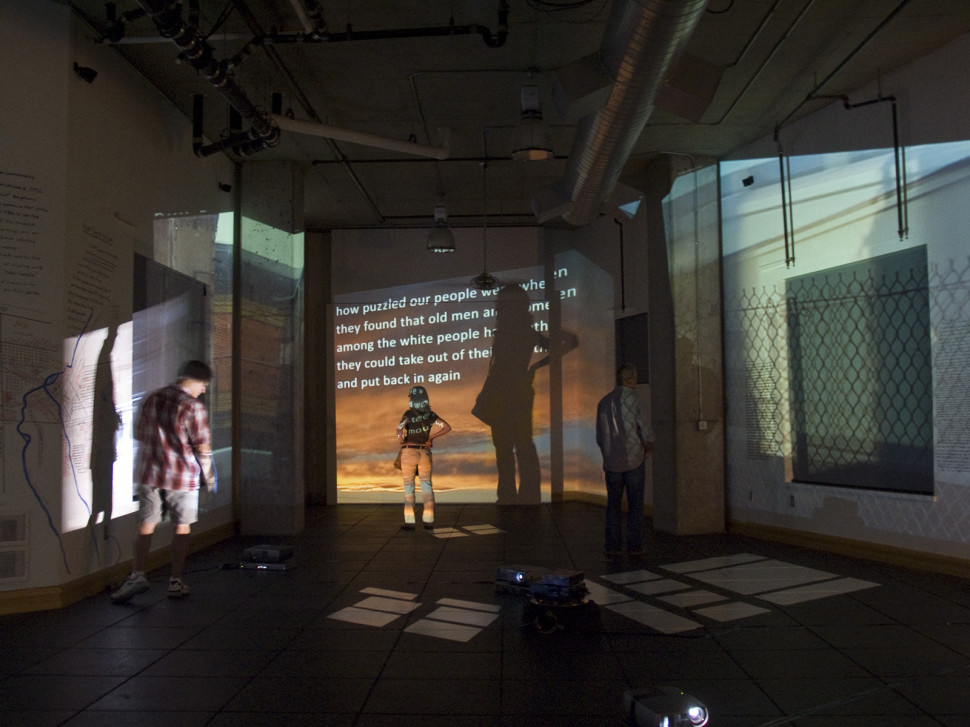 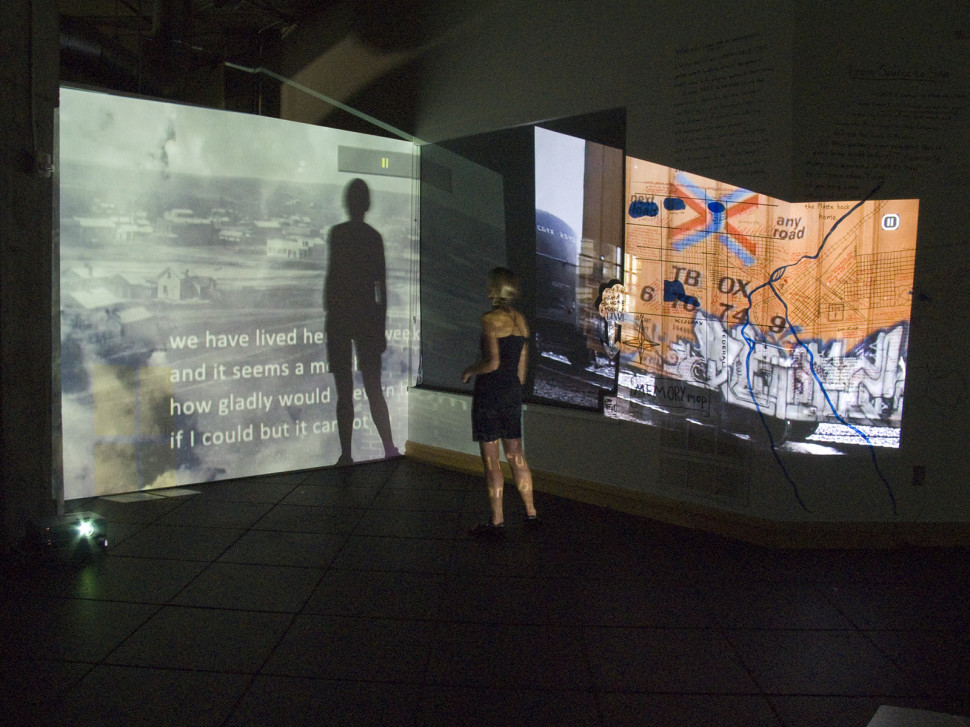 Reflections is the result of a mapping and research project of the city of Denver and its history. The installation integrates my own work with that of my course participants of “Learning Labs for Educators”, a 5-week summer course I taught for a group of art educators at PlatteForum Denver in collaboration with the University of Northern Colorado. The video installation has 5 stationary videos and one rotating video, which ensures almost endless constellations of overlapping projections.

Reading about Denver a few years ago, one fact had caught my attention in particular: that Denver was built on land that had been guaranteed to the Indians in the Treaty of Laramie in 1851, only seven years before the settlements of Denver City and Auraria were founded.

Being European the concept of Manifest Destiny has always struck me as something outrageous; among other things, an attempt to officially legalize immoral and inhumane activities, including genocide. Although I had never visited Denver before, I knew that Denver’s history would very likely inform my work.

Much like in an archeological survey, where the land now occupied by downtown Denver would reveal traces of Arapaho and Cheyenne camps, crude frame structures built by the gold-seeking settlers of the 1860s, a 1870s Victorian-style amusement park, railroad yards and grimy industries of the late 19th and early 20th century, this installation layers our perceptions of this same place in the beginning of the 21st century with our reflections of its past. While the walls are covered with stories about our Denver experiences and thoughts, windows reflect on the ground and trains go by behind fences and are reflected in windows of the opposite wall; passing, honking, slowing down with screeching brakes, always in movement, always present, some of them revolving around the gallery walls. They are the modern descendants of those trains that once played an essential role for Denver’s success as a new city and for transforming the American West. Washed-out images of early Denver and Indian camps are overlaid upon cloud movements and Denver’s red sunsets, interspersed with first-hand narrative left behind by an Arapaho man, and a white woman who lived in Denver in the 1860s: memories of centuries of undisrupted nomadic life on the Colorado plains and memories of the roughness this land presented to its early Euro-American settlers; and, last but not least, memories of fear, of distrust between these two different groups of people, and, sadly, memories of brutal cruelties they carried out on each other.

Our combined research revolved around the clash between two different kinds of people, two different lifestyles and life philosophies, women’s roles in Denver’s past and present, an old neighborhood now buried under a highway, and a park that used to be the site of an early cemetery.