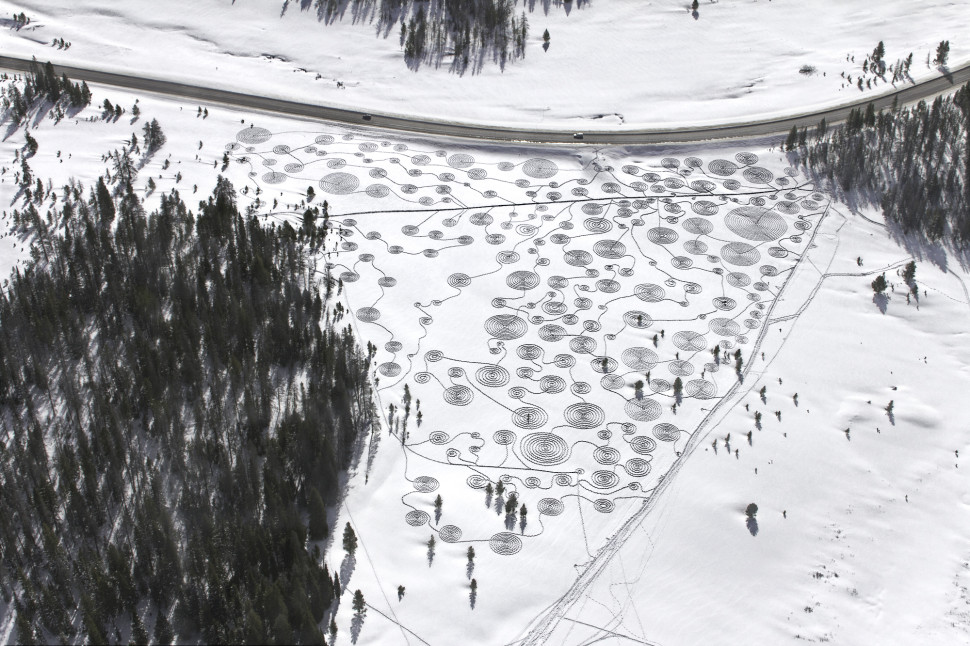 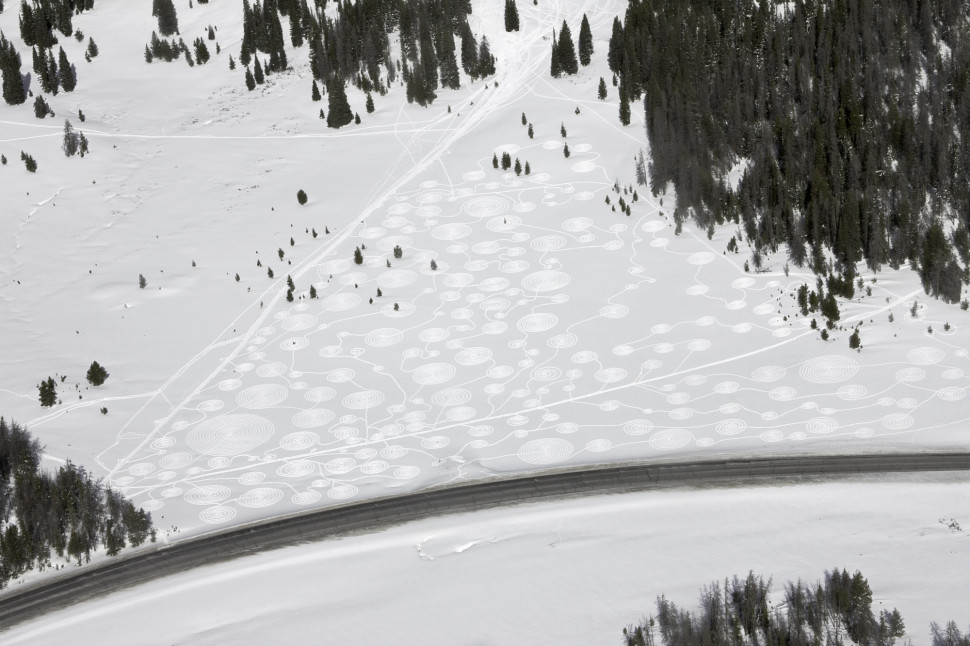 Snow Drawings is an ongoing project where I “draw” large designs in the environment by walking lines into fresh snow surfaces with snowshoes.

Ideal “canvases” are wide open landscapes and frozen lakes. The finished pieces are ephemeral. While they take hours to create, their duration is unpredictable.  Sometimes they are coated over by new snow shortly after completion.

Snow Drawings at Rabbit Ears Pass was created with a group of community volunteers from Steamboat Springs and Hayden, Colorado, on two weekends in January/February 2012 – to both sides of the highway leading that leads across the mountain pass.

In February 2012 I worked on 2 large-scale Snow Drawing pieces on a mountain pass in Colorado. On 2 consecutive weekends I created 2 monumental pieces with the help of community volunteers from Steamboat Springs and Hayden, Colorado. This enabled me to create monumental pieces. During two community events that combined art-making and fun outdoor winter activity in a stunning landscape at Rabbit Ears Pass in the Western Colorado Mountains, we created large drawings that could only be seen from the air in their entirety – and only for a few days. Volunteers greatly enjoyed their partaking in these outdoor art-making events.

The project received significant press; they were presented on numerous art, design and culture websites, and written about in magazines, including SOMA Magazine, TRACCE (Italian Archeology Magazine), and a Chinese Art Magazine. They were featured on NPR, MSNBC, The Discovery Channel and public TV Tokyo. Photographic prints and video have been shown in exhibitions in California and Europe.

During their short existence Snow Drawings correspond with the landscape – and so do those who assist in creating them. To make the work accessible to a larger audience, it is essential that photos be taken immediately after each event. The scale of the work requires aerial photography. “Snow Drawings at Rabbit Ears Pass” was photographed from an airplane the day after the first community event. Both events (first and second) were also filmed on video from a remote-controlled helicopter device – during the collaborative process of the first event and, respectively, of the finished second piece.