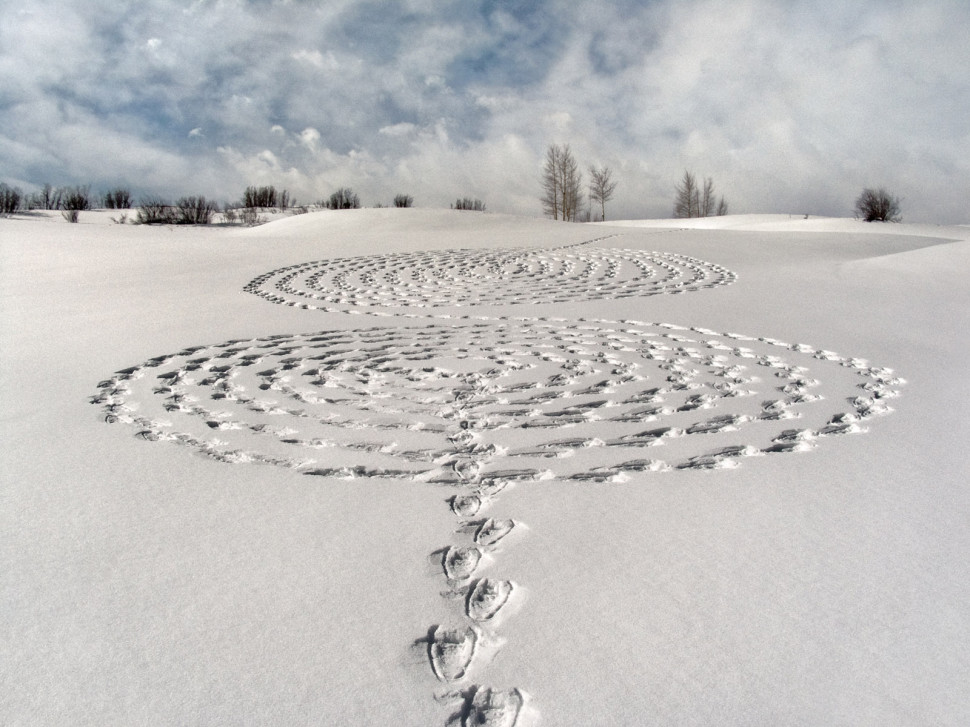 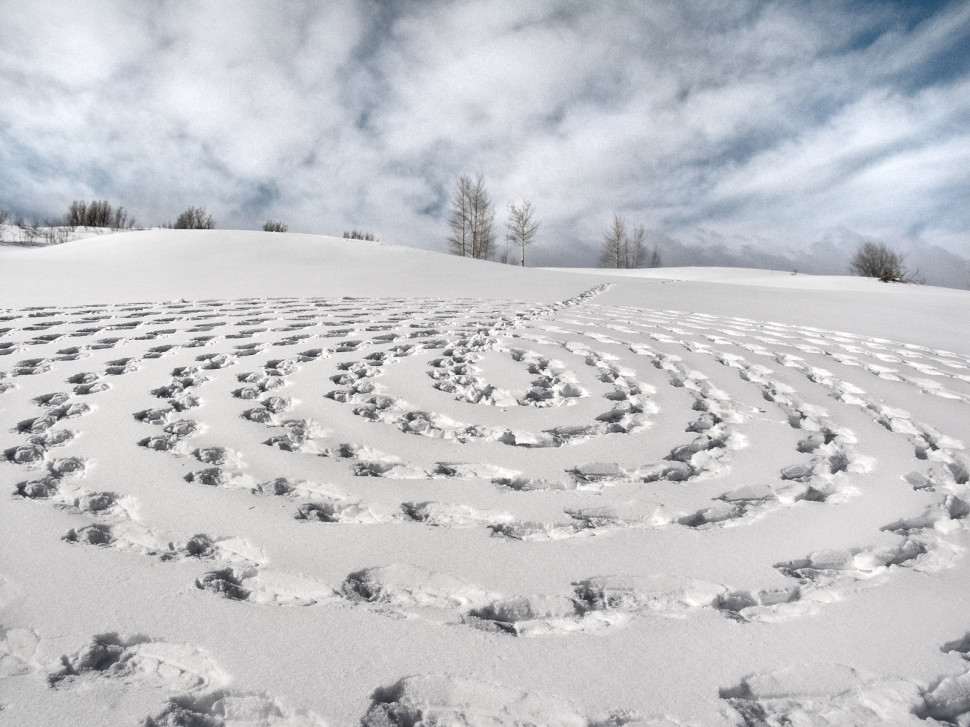 I created my first Snow Drawings during an Artist Residency in the Colorado Rocky Mountains in February/March/April 2009. They started out of play during snowshoe walks and gradually evolved into an arts project over the course of my 3-month artist residency.

I made my first Snow Drawings in February/March/April 2009 during an artist residency at the Anderson Ranch Art Center in Snowmass Village, Colorado (near Aspen). In the beginning mostly out of play, I started designing patterns in my mind, which I then tried to “transfer” onto the snow by walking lines in untouched snow surfaces with snowshoes. As vast fields of snow became huge “canvases”, I became the “pen”. My drawings had to be composed of one continuous line, and there was no option for correcting my line. Once imprinted into the snow, I had to make do with it. This posed an exciting challenge that I came to appreciate, as it demanded adaption of pre-conceived ideas and initiated spontaneity and experiment.

As I kept creating patterns over the course of the winter, I discovered that my snow canvas behaved differently depending on the thickness and quality of the snow (for instance soft and dry versus coarse and wet). The character of my imprints – or my line – was defined by these conditions. Imprints exposed to sunlight created yet another type of mark, as it partly thawed and refroze later in the day.

The ephemeral character of this work required instant photo documentation. Taking photos led to yet another discovery: depending on the angle of the sun in relation to the position of the camera the drawings could appear shining white or almost black. My pieces typically had two entirely different readings when observed from opposite sides, or at different daytimes, especially early morning and right before sunset. Equally the works became defined by the surrounding landscape, as well as the omission of any environment and sole camera focus on the altered snow surface.

I welcome the subtlety and ephemeral nature of this work and how it defines the landscape during its short presence. At the time of its creation the duration of each piece is completely unpredictable. It can last as long as a few days or as short as a couple of hours, covered by snowdrifts or new snowfall almost immediately.