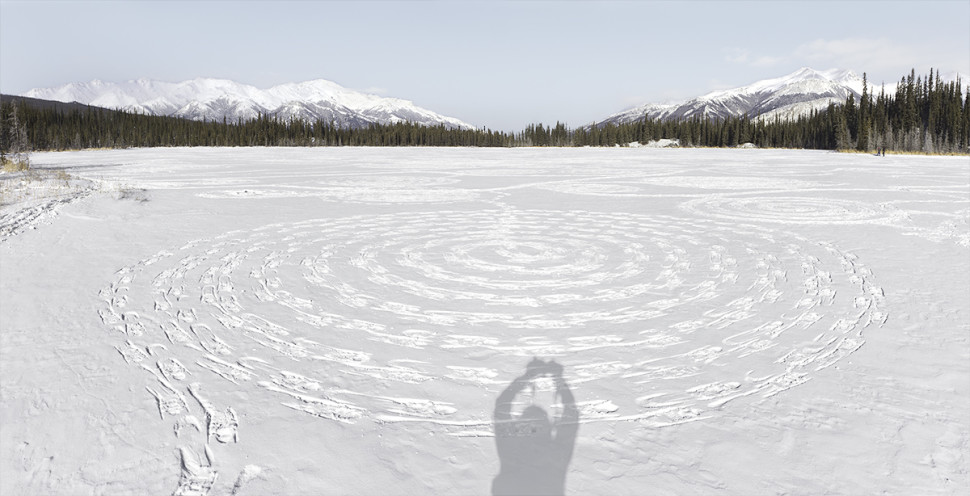 In March 2015 I was invited by the National Park Service to conduct a Snow Drawings project at Denali National Park in Alaska. The Snow Drawings event took place just outside the Park on a large pond that was left behind from the construction of the Alaska Railroad line. I worked with a group of approximately 60 senior high school students from the surrounding school district. We walked these patterns in beautifully soft sunlight, hazed by extremely cold temperatures of minus 25 degrees Fahrenheit. I greatly admired the students, who showed an amazing endurance and much more tolerance toward the cold than myself. As a California resident I had never experienced such cold temperatures before. Since the Park’s recently appointed Superintendent had spontaneously withdrawn a previously approved permit to take aerial photos via National Park airplane, I took ground photos during the event – struggling with ever-freezing fingers. Yet, the ground – perspective gave me opportunity to put the artwork in context to Alaska’s stunning landscapes.