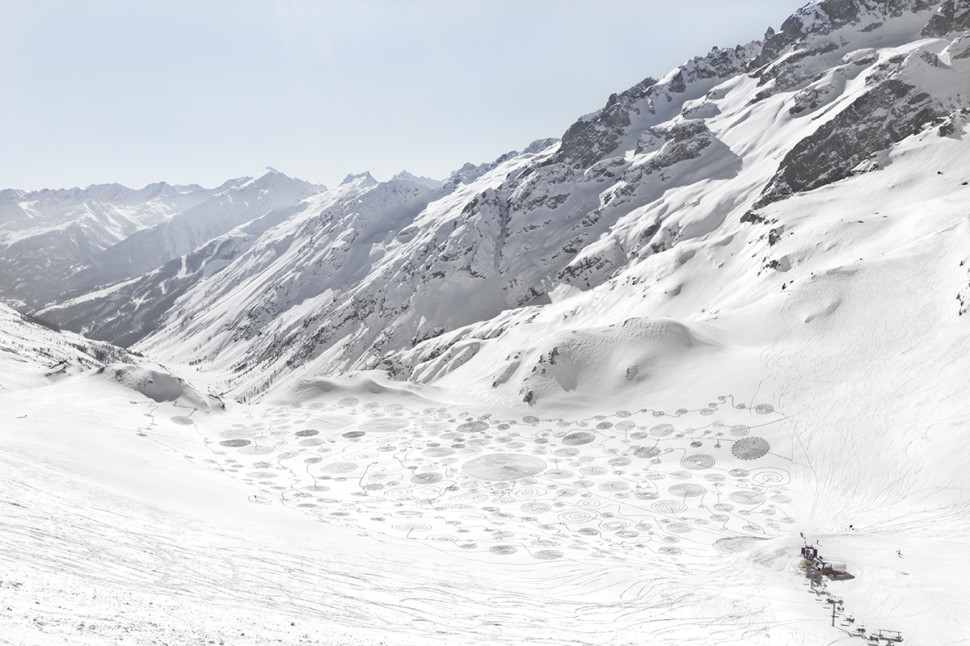 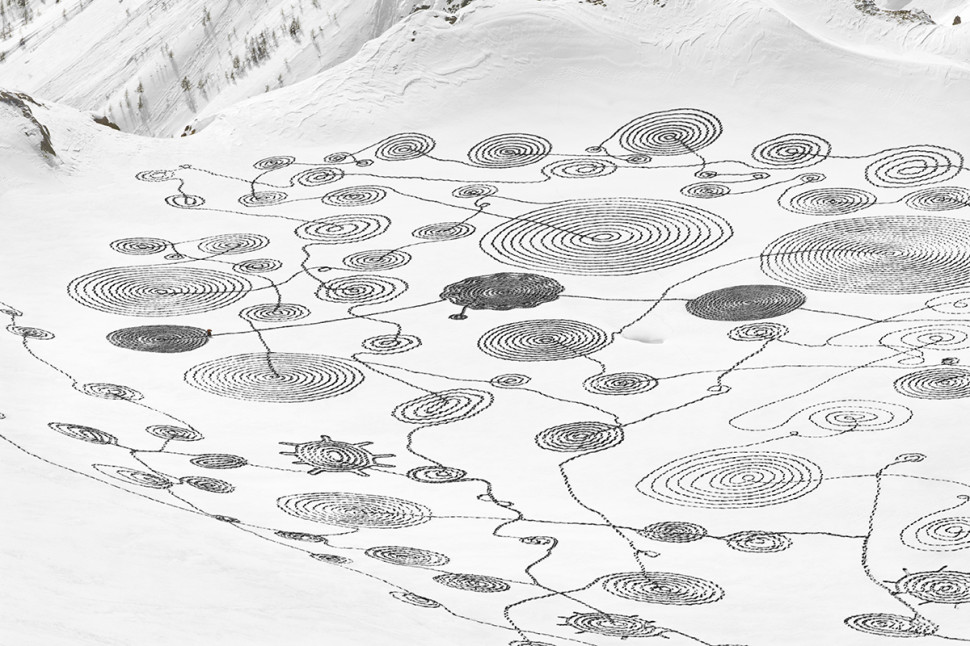 Snow Drawings – Eychauda is the second of two participatory Snow Drawings pieces in the Valley of Serre Chevalier – a skiing area in the French Alps.

The piece at Eychauda – a small high-alpine valley embedded in a circle of high ridges – was planned as a more intimate 1-day project, where I would be working only with a select number of community participants. However, the further we walked into the valley we discovered that the perspective from the edge of the “bowl” – where the ski lift starts – had been deceiving. Once in the bowl-shaped “canvas” I became aware that the valley stretched toward the back considerably. After a full day’s work with a handful of enthusiastic and hard-working community participants we decided to call some of the previously cancelled volunteers and extend the project to a second day. The result was a rather dense and very clear pattern that I was able to photograph from the surrounding ridges and from the seat lift leading up on one of the peaks. There was no need for an airplane or helicopter.