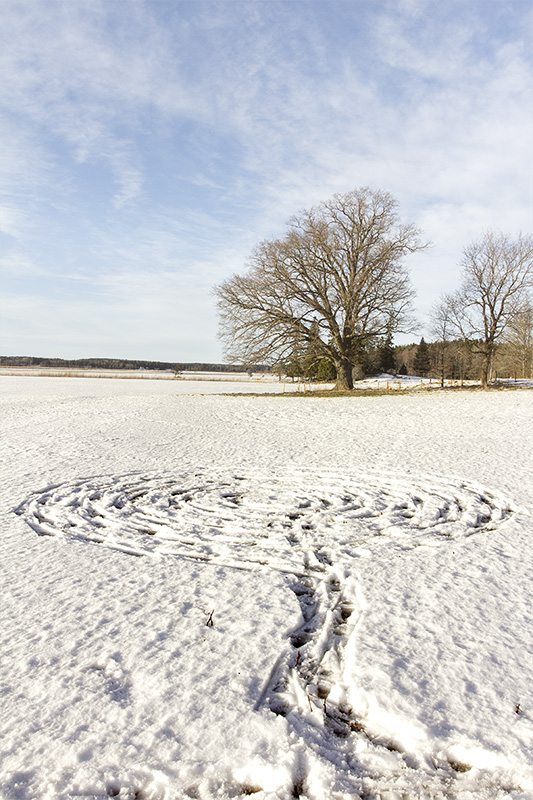 In early 2015 I spent 7 weeks near Turku in Southern Finland, waiting for snow. My hope had been to create a large-scale Snow Drawings piece with local communities on the Archipelago Sea, a magnificent water landscape on the Western side of Finland, toward Sweden. Whereas the Archipelago Sea used to freeze so solid during the winter that seasonal ice roads were built to Sweden, climate change has affected Scandinavian winters dramatically. Temperatures are higher and snow is not reliable. So January and February 2015 stayed largely snow-free in the Southern parts of Finland, leaving us with relentless rain and mud. Nonetheless we tried to create a Snow Drawings piece with some 15 hardy participants – not on the very thin ice of the Archipelago, but on the fields surrounding the Saari Arts Foundation. The snow cover was thin and we were struggling against heavy winds and snowdrifts, which filled in most of our footprints faster than we could create them. Yet, it was a rewarding and fun outdoor experience, and I was able to find a few of our patterns still visible the same evening, and photographed them in a beautiful evening sunlight.