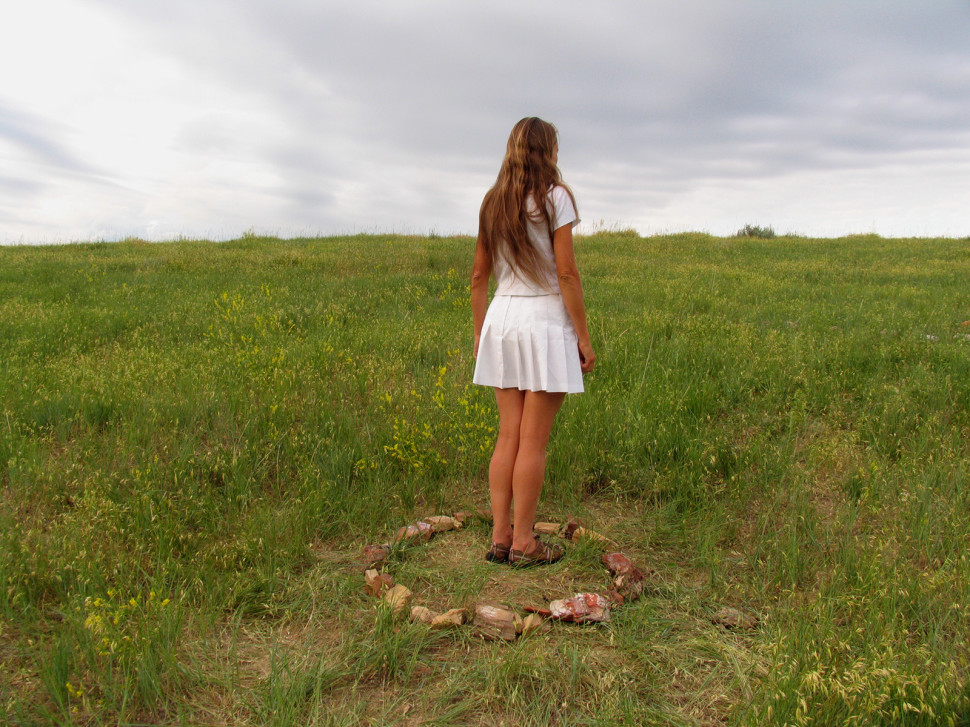 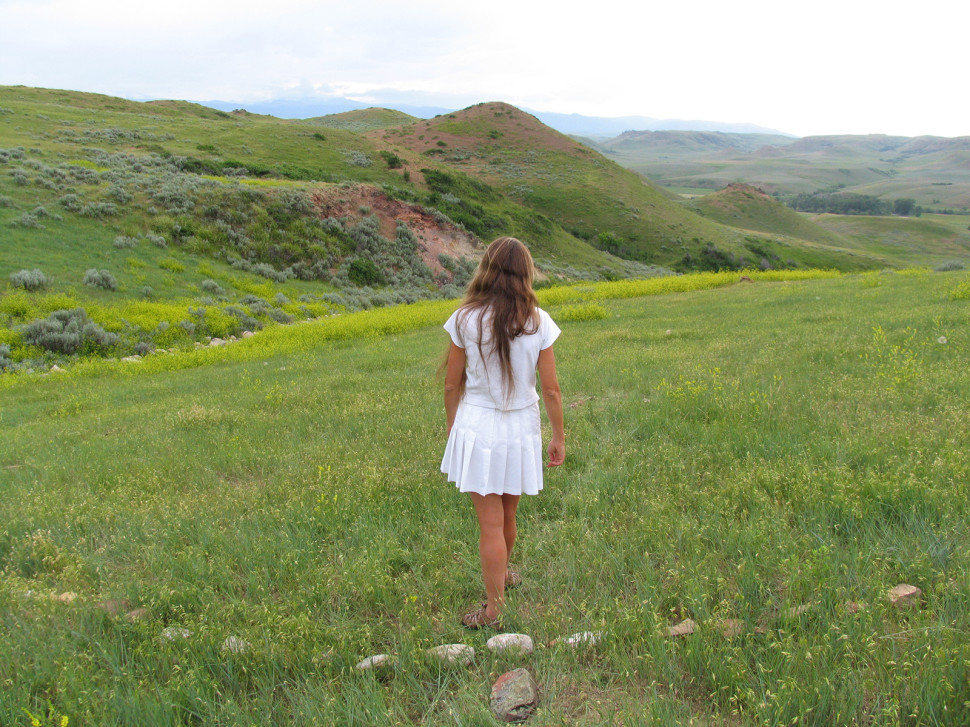 Sun/Moon Symbol was created during a performance/ritual in the Northern Wyoming prairie. Using my step’s length for measurement I laid out a circle and filled out its perimeter with rooks. Its 2 main axis points in the 4 cardinal directions, the intermediates are marked in between them. The symbol resembles ancient sun symbols, as they appeared in very similar ways in indigenous cultures throughout world. In many cases the same symbol simultaneously represented the moon.

I coated the rocks with phosphorescent paint, so that they would glow for several hours after sunset and created a counterpart to the stars in a deep black Wyoming night. The absence of the moon caused the earth to “disappear” from vision, so that the symbol appeared to be hovering.

Hiking into the Northern Wyoming prairie the rolling hills seem to bear significant features, and yet after some time, they all look alike. I was reminded of the open sea, with no reference for direction but the sun during the day and – respectively – moon and stars at night.

For my project at an artist residency in Wyoming I chose an open plain to perform a ritual, positioning rocks, one by one, to draw an ancient symbol that has – with slight variations – been used by indigenous cultures throughout the world – to represent the sun, and in many cases simultaneously the moon as well.

I lined up the two main axis of the circular shape with the four cardinal directions, using only my step’s length for measurement: eight steps from the center in each of the 8 directions, eight steps along the perimeter between the cardinal points and their intermediates. I laid down rocks at every direction point and then filled in the perimeter with a line of rocks.

The rocks were coated with a phosphorescent material, which charges up sunlight during the day to release a glow for several hours after sunset. The sun/moon symbol shape constituted a counterpart to the bright stars in the wide-open, deep black sky of rural Wyoming nights. The moonless blackness made the earth disappear, so that the symbol appeared to be hovering in nothingness.
&nbsp;