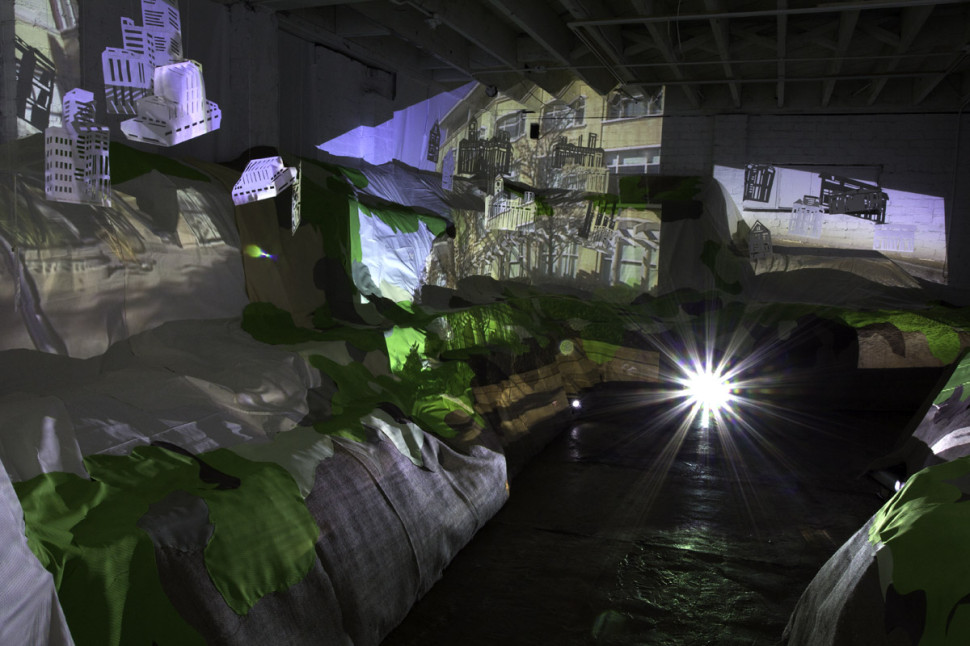 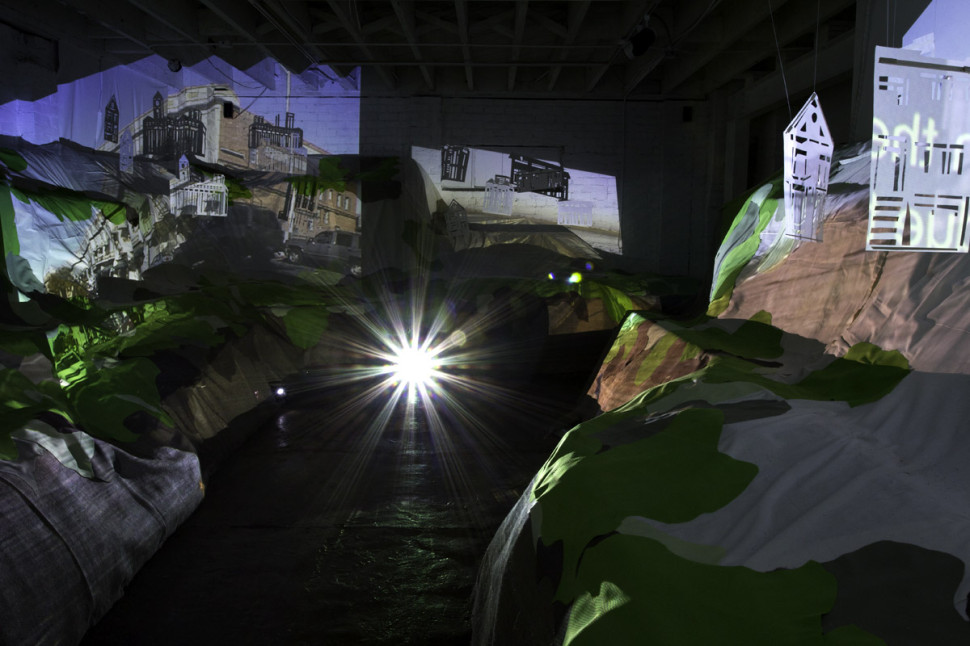 This media installation explores the geomorphologic, natural and human history of the San Francisco Bay and respectively of the City of Oakland.  While the video camera strolls through areas and city neighborhoods close to the Bay, the videos are interspersed with narrative that reminds the viewer of the Bay’s turbulent past – not only its human history of Native American, Spanish and American occupation, but also its more ancient past, such as its geological past and extraordinary tectonic situation. The Bay as we know it today was formed only 4.000 years ago, which makes it a very young environment. Main focus of the piece is not so much the cities but rather the Bay itself, its once abundant vegetation and animal life, how it was used and consequently polluted by the people that settled in the cities surrounding it, their ideas of filling it in gradually but entirely, to provide space for even more residential areas, and how this process was finally reversed in the second half of the 20th century, in order to protect and recreate some of the Estuary’s original ecosystems..

The Bay Room lets the visitor enter at the tip of the Bay in the South. 5 videos are projected around the space and onto sculptural elements that suggest the Bay’s geographical features and metropolitan areas. The videos focus on San Francisco, Oakland/Alameda, Hayward, a recreated Estuary in the South Bay and a view of the Northern part of the Bay from Treasure Island. The videos are projected upward from the ground, so that the visitor’s own shadow gets cast into the images and makes him/her part of the piece. There is surround audio of water and city sounds.

In the Oakland Room a single video is projected onto irregular columns, like ghostly stems of trees. They suggest the oak forests that once dominated the landscape where Oakland is situated today. The video focuses primarily on marina and port areas, and on neighborhoods close to the Bay. The sounds are local city sounds related to the video.