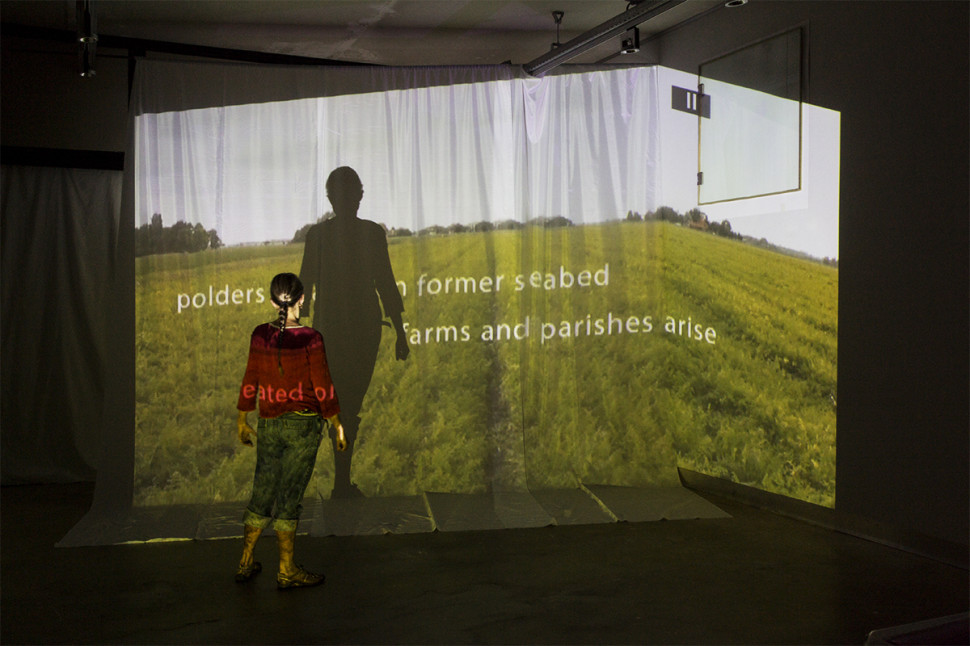 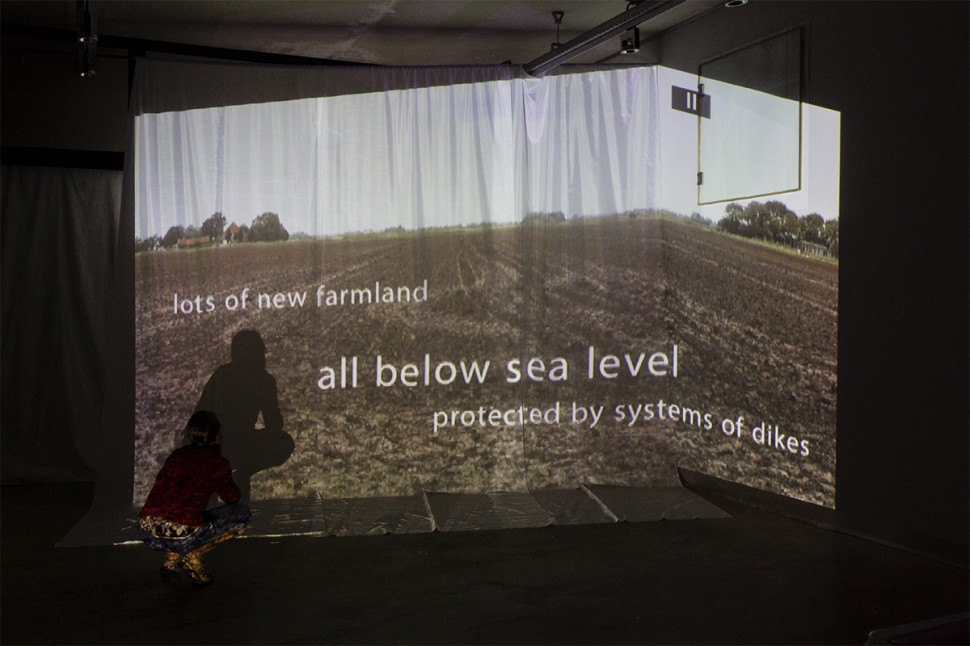 WATERLAND is an artistic response to rising sea water levels as a result of climate change. Holland has been confronted with floods since its first settlements were established in the early middle ages. The installation WATERLAND explores Holland’s critical landscapes with the eyes of an artist, while at the same time examining Dutch solutions of water managements in past and present. It poses the question whether Holland’s approach, both technically and psychologically, might serve as a model for other coastal regions, including major metropolitan centers, such as the San Francisco Bay Area, which has so far not experienced flooding.

WATERLAND is an art/research project that attempts a response to the prognosis of rising seawater levels, as we will be experiencing them globally within the next decades – as a result of climate change.

This video piece is a first exploration into this topic, and examines ways of water management in the Netherlands. With 50% of its landmass below sea level, the region that is now Holland has been confronted with floods since its first settlements were established in the early middle ages. Holland has successfully mastered the threat of the North Sea throughout its entire history, and has found ways to cope with a routine of claim, loss and reclaim of land.

During an artist residency in Holland I visited some of Holland’s coastal regions to film and study how the Dutch people have adapted to live with the constant threat of flooding, – strategically as well as psychologically, and what technologies they have used for flood prevention today and historically. I took trips to Western Holland, where floods have swallowed entire villages, or parts of towns – now buried underneath sandy beaches that swarm with tourists during the summer months. I also visited agricultural regions where crops grow on the seabeds of former inland seas, as well as new polder lands, such as Flevoland, the world’s largest manmade island. Flevoland boasts brand-new cities, plenty of farmland and a manmade Nature Preserve – an artificially created savannah-like park with wild horses and wisents imported from other parts of the world. As they have no natural predators, the human gun controls their numbers. This arouses questions of man’s role on this planet. Do we have the right to regulator nature? Does this give us a glimpse into a future world?

I see this work as a jump-off point for a larger project addressing rising ocean levels and their effects to coastal regions worldwide, amongst others the San Francisco Bay Area, which in stark contrast to Holland has never experienced floods and is not prepared. Can we learn from the Netherlands’ experiences? Their ways to cope?

Can we adapt some of their strategies and flood prevention techniques?

WATERLAND was shown in September 2014 as a video installation at gallery Dynamo Expo in Enschede, Holland. The video can also be shown on a screen. it is 22 minutes long.